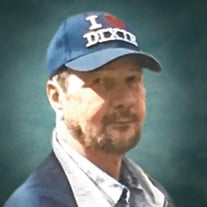 NORA, VIRGINIA – Ardie E. Phillips, 78, passed away on Friday, July 9, 2021, at Johnston Memorial Hospital in Abingdon, Virginia. He was born in Dickenson County, Virginia; son of the late Tivis and Julia Dishman Phillips. He was preceded in death by one daughter, Monica Phillips; four brothers; and four sisters. Ardie was a veteran of the United States Army, serving during the Vietnam War. He was a retired coal miner and a member of the United Mine Workers of America, Local #7950. Ardie attended House of the Lord Church in Castlewood, Virginia. He loved to spend time with his grandchildren. He is survived by his wife, Betty Gullett Phillips; one daughter Mandy Cooper and husband, William of West Dante, Virginia; three grandchildren, Alora Phillips of Herndon, Virginia, Rafe Cooper, and Gabe Cooper; two sisters, Loretta Salyers of St. Paul, Virginia, and Belva Hall of Massillon, Ohio; special friend, Robert Johnson; and several nieces and nephews. Private Graveside Services and Interment for Ardie E. Phillips will be conducted at 2:00 p.m. Wednesday, July 14, 2021, at Trammel Gap Community Cemetery, Dickenson County Virginia, with Rev. Michael Booker officiating. Family and friends will meet at the funeral home and go in procession to the cemetery leaving at 1:15 p.m., Wednesday. Pallbearers will be Robert Johnson, L. B. Johnson, William Cooper, Rafe Cooper, Greg Salyer, and Roger Hurd. The family will have a Private Visitation from 11:00 a.m. until 1:00 p.m., Wednesday, July 14, 2021 in Castlewood Funeral Home in Castlewood, Virginia. Flowers will be accepted or a donation may be made to House of the Lord Church, 48 Cross Street, Castlewood, Virginia 24224 or to St. Jude, 262 Danny Thomas Place, Memphis, Tennessee 38105. Online condolences may be sent to the Phillips family through our website and a video tribute may be viewed at www.castlewoodfuneralhome.com. Castlewood Funeral Home is in charge of the arrangements.

NORA, VIRGINIA &#8211; Ardie E. Phillips, 78, passed away on Friday, July 9, 2021, at Johnston Memorial Hospital in Abingdon, Virginia. He was born in Dickenson County, Virginia; son of the late Tivis and Julia Dishman Phillips. He was preceded... View Obituary & Service Information

The family of Ardie E. Phillips created this Life Tributes page to make it easy to share your memories.