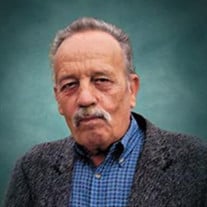 DANTE, VIRGINIA – Arthur L. Phillips, 80, passed away on Monday, September 13, 2021, at Bristol Regional Medical Center, Bristol, Tennessee. He was born in Dante, Virginia; son of the late Banner and Agnes Hurd Phillips. He was preceded in death by one brother, Bill Phillips; one sister, Dorothy Amos; one son, Ronnie Wolfe; and one daughter, Janet Salyer. Arthur, or “Mohair”, as he was known by friends and coworkers, was a retired coal miner, a member of the U.M.W.A., and was of the Baptist faith. He was very passionate and active about helping the Dante Community that he loved so much and was a member of Dante Lives On. He also loved collecting antiques. His family and friends were his greatest joys. He is survived by his wife, Shirley Phillips; one daughter, Sandra Kay Phillips and boyfriend, Jeremy Ball of Dante, Virginia; two grandchildren, Amanda Harris and husband, Ryan of Castlewood, Virginia and Shane Salyer and wife, Tabbie of Castlewood, Virginia; great-grandchildren, Ryland Harris and Brantley Townes; two sisters, Hazel Barnette of Castlewood, Virginia and Ruth Phillips of Dante, Virginia; three brothers, Paul E. Phillips and wife, Barbara of St. Paul, Virginia, Rev. Ted Phillips and wife, Joyce of Castlewood, Virginia, and Jerry “Squeak” Phillips of Dante, Virginia; several nieces and nephews; several great-nieces and great-nephews; and a host of friends. Funeral Services for Arthur L. Phillips will be conducted at 2:00 p.m., Thursday, September 16, 2021, at Castlewood Funeral Home Chapel, Castlewood, Virginia, with Rev. Jim Pratt and Rev. Roger Bentley officiating. Entombment will follow in the Chapel of Love Mausoleum at Temple Hill Memorial Park in Castlewood, Virginia. Pallbearers will be Teddy Phillips, James Barnette, Jerry Phillips, Tony Amos, Shane Salyer, Ryan Harris, Dean Barnette, and Marvin Amos, Jr. Honorary Pallbearers will be Tracy Phillips, Bobby Phillips, Justin Phillips, Freddie Barnette, Ronnie Barnette, and Kevin Phillips. Due to COVID-19, the family requests those attending the Visitation and Services to wear a mask and practice social distancing. The family will receive friends from 12:00 p.m. until 2:00 p.m., Thursday, September 16, 2021, at Castlewood Funeral Home. Online condolences may be sent to the Phillips family through our website and a video tribute may be viewed at www.castlewoodfuneralhome.com. The funeral service will be available for viewing on our website following the service. Castlewood Funeral Home is in charge of arrangements.

The family of Arthur L. Phillips created this Life Tributes page to make it easy to share your memories.