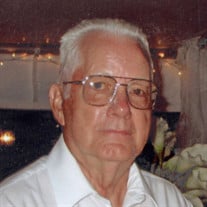 CLEVELAND, VIRGINIA -Pastor Bobby George Hobbs, 82, died Sunday, July 8, 2018 at his home. He was born in Dante, Virginia; son of the late George and Lakie Hobbs. He was preceded in death by three brothers, Early Hobbs, Marvin Hobbs, and Rev. James Hobbs; and three sisters, Bertha Brooks, Gladys Williams, and Beulah Campbell. He graduated from Castlewood High School in 1954, where he was active in various clubs, holding offices in several, was named captain of the basketball team his junior and senior seasons, as well as being selected to the all county basketball team. He was named most athletic of his senior class. He joined the United States Air Force in 1954 and served in Germany until 1957. His employment career was solely with Appalachian Power Company where he began work before the Carbo plant was completed and worked for thirty-six and half years. The true passion of his life was loving and serving his Savior. He spent multitudes of hours studying the Word of God and he faithfully served forty-three years and pastored thirty-eight years at Nash's Ford Baptist Church. His wonderful sense of humor and love of life, will be missed by family, friends, and all who knew him. He is survived by his loving wife of fifty-eight years, Sue McCamey Hobbs; one son, Rodney Hobbs and wife Donna; one daughter, Rhonda Elliott and husband, Carlton; six grandchildren, the highlight of his life, Valerie Falkner and husband, Brandon, Amy Fields and husband, Dr. Zach, Dr. Jessica Elliott, Sarah Rooks and husband, Jared, Kayla Elliott, and Matthew Hobbs; four great grandchildren, Emma Falkner, Jackson Falkner, Andersyn Fields, and Reid Fields; siblings, Clarence Hobbs and wife, Shirley, an humble servant and wonderful caregiver Buena Evans, and Shirley Linkous; several nieces and nephews. Funeral Services for Pastor Bobby George Hobbs will be conducted at 2:00 p.m. Wednesday, July 11, 2018 in Castlewood Funeral Home Chapel, Castlewood, Virginia with Brother Rick Gibson officiating. Interment will follow in Temple Hill Memorial Park, Castlewood, Virginia. Pallbearers will be Grandsons and Friends. The family will receive friends from 6:00 p.m. to 8:00 p.m. Tuesday, July 10, 2018 in Castlewood Funeral Home, Castlewood, Virginia. The family wants to give thanks to Dr. Brian Easton, C-Health, Divine Home Care, and Legacy Hospice. Online condolences may be sent to the Hobbs family through our website and a video tribute may be viewed at www.castlewoodfuneralhome.com. Castlewood Funeral Home is in charge of the arrangements.

The family of Bobby George Hobbs created this Life Tributes page to make it easy to share your memories.

Send flowers to the Hobbs family.