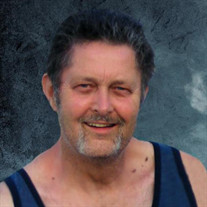 CASTLEWOOD, VIRGINIA – Curtis “Pedro” Powers, 67, went to be with his Lord and Savior on Wednesday, December 16, 2020, at Smyth County Community Hospital, Marion, Virginia. He was born in Norton, Virginia, son of the late Willard Hermon Powers. He was preceded in death by his grandparents, Leonard and Naomi Hughes. Pedro was a Christian, who loved the Lord. He was fun-loving, had a huge charismatic personality, and was having the most fun when he was cracking a joke or making others laugh. He enjoyed hunting and football. His greatest joy in life was his grandson Easton, whom he was so proud of. He showed nothing but courage and strength throughout the past 9 months of his life, facing each new challenge and diagnosis with faith, hope, and a smile. Despite his pain, Pedro came out as a hero and remained a fighter until the end. He is survived by his wife, Faye Powers; one daughter, Tonya Buffalow and husband, Brad of Castlewood, Virginia; his mother, Doris Louise Powers of St. Paul, Virginia; one sister, Nina Powers of St. Paul, Virginia; a special niece, Ann Powers, St. Paul, Virginia; special grandson, Lil’ E; and several aunts and uncles. Following the COVID-19 restrictions set forth by the Governor of Virginia on face-covering requirements and social distancing, a Private Funeral Service, only for the immediate family, for Curtis “Pedro” Powers will be conducted in Castlewood Funeral Home Chapel in Castlewood, Virginia with Rev. Jimmy Scarberry officiating. Interment will follow in Temple Hill Memorial Park in Castlewood, Virginia. Pallbearers will be Charlie Wood, Darrell Culbertson, Richard Steffey, Brad Buffalow, Easton Buffalow, and Michael Rose. Friends may come and sign the register book and pay their respects from 9:00 a.m. until 12:00 p.m., Monday, December 21, 2020, at Castlewood Funeral Home in Castlewood, Virginia following the same restrictions. A radio broadcast of the service will be available on the Castlewood Funeral Home parking lot on radio station 88.9 FM during the private service at 2:00 p.m., Monday, December 21, 2020, for those to remain in their vehicle. Online condolences may be sent to the Powers family through our website and a video tribute and funeral service may be viewed at www.castlewoodfuneralhome.com. Castlewood Funeral Home is in charge of the arrangements.

The family of Curtis "Pedro" Powers created this Life Tributes page to make it easy to share your memories.