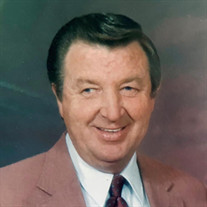 “We are confident, I say, and willing rather to be absent from the body, and to be present with the Lord” 2 Corinthians 5:8 ST.PAUL, VIRGINIA – Gerald D. Smith, 71, went to his Heavenly home on Saturday, December 18, 2021. Gerald is in Heaven awaiting his precious family. He was born in Lebanon, Virginia; son of the late Charlie P. and Mary Ellen Fields Smith. He was preceded in death by his four brothers, Lee, Junior, Carl, and George Smith; and four sisters, Lena Beth, Agnes, Lora, and Carol. Gerald and Linda sang with The Smith’s, which included Junior and Norma Smith. They also sang with the Smith and Wright Singers for over twenty-five years which included Raymond and Violet Wright; Heavenly Way, which included the French Family; and Tim Widner which joined to sing with them in the later years. Some of the greatest joys in Gerald's life were playing the guitar, singing for the Lord, and spending time with his family and going with them to church. Gerald and Linda loved to go to baseball games to watch their sons and grandchildren play. He is survived by his wife of forty-three years, Linda J. Smith; two sons, D. Smith and wife, Vicky of St. Paul, Virginia and Matthew Smith and wife, Brittany of St. Paul, Virginia; four grandchildren, Douglas Cole Smith, Alexis Leigh Smith, Mason Allen Smith, and Brooklyn Grace Smith; children by previous marriage, Brian, Brenda, and Amanda; and several nieces and nephews. A Celebration of Life Service for Gerald D. Smith will be conducted at 2:00 p.m., Sunday, December 26, 2021, in the Chapel of Love Mausoleum – Temple Hill Memorial Park, Castlewood, Virginia with Rev. Virgil Musick officiating. Online condolences may be sent to the Smith family through our website at www.castlewoodfuneralhome.com. Castlewood Funeral Home is in charge of arrangements.

The family of Gerald D. Smith created this Life Tributes page to make it easy to share your memories.

“We are confident, I say, and willing rather to be absent from...

Send flowers to the Smith family.