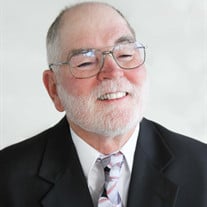 CASTLEWOOD, VIRGINIA - Harry Thomas Harding, "Coach Harding", 75, passed away peacefully on Saturday, March 24, 2018 at Bristol Regional Medical Center, Bristol, Tennessee. He was born in Clinchco, Virginia; son of the late Harry A. and Margaret Kiser Harding. He was preceded in death by one sister, Jean Harding McInturff. A graduate of St. Paul High School and East Tennessee State University, he was a lifelong educator of young men and women both in the classroom and on the baseball field. His teaching career spanned 43 years, with 46 years as the Head Varsity Baseball Coach at Honaker High School. He guided the Honaker Tigers to 633 wins, including numerous district and regional championships and a state championship in 2011. Coach Harding was the winningest baseball coach in Virginia and in 2016 was inducted into the VHSL Hall of Fame. Coach Harding enjoyed fishing, hunting, farming, and spending time with his family and friends. He faithfully attended Highlands Fellowship Church in Abingdon. He is survived by his wife of 49 years, Jo Ellen Kiser Harding; one sister, Mary Harding; one son, Jeff Harding; one daughter, Susan Cullum and husband, Joel; six grandchildren, Isaac, Emily, David, and Carly Roberts, and Olivia and Isabella Jessee. Memorial Services for Harry Thomas Harding will be conducted at11:00 a.m. Friday, March 30, 2018 at Castlewood Funeral Home Chapel, Castlewood, Virginia with Rev. Allen Jessee officiating. The family will receive friends from 5:00 p.m. to 8:00 p.m. Thursday, March 29, 2018 at Castlewood Funeral Home, Castlewood, Virginia. In lieu of flowers, memorial contributions may be made to Highlands Fellowship Church, P. O. Box 553, Abingdon, Virginia 24212 or Dante Rescue Squad, P. O. Box 668, Dante, Virginia 24237. Online condolences may be sent to the Harding family through our website and a video tribute may be viewed at www.castlewoodfuneralhome.com. Castlewood Funeral Home is in charge of the arrangements.

The family of Harry Thomas Harding created this Life Tributes page to make it easy to share your memories.

Send flowers to the Harding family.