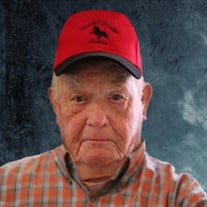 CASTLEWOOD, VIRGINIA – Jessie Alvin “Red” Collins, 77, passed away on Monday, April 19, 2021, at Bristol Regional Medical Center in Bristol, Tennessee. He was born in Russell County, Virginia; son of the late Bill and Mae Hall Collins. He was preceded in death by one son, Jessie Matthew Collins, and one sister, Shirley Stevens. Red retired from Clinchfield Coal Company and attended the House of Prayer Church in Castlewood, Virginia. He was the owner and operator of Collins Construction and Trucking in Castlewood, Virginia. Work was his passion. He is survived by his wife of fifty-eight years, Shirley Collins; one son, Gary Collins and wife, Rosemary of Castlewood, Virginia; one daughter, Brenda Townes and husband, Tim of Castlewood, Virginia; six grandchildren, Angela Finch, Heather Dean, Abbey Collins, Brent Collins, Mark Collins, and Sammy Collins; three great-grandchildren, Isabella Hileman, Gage Dean, and Cooper Collins; one brother, Tanner Collins and wife, Margaret of Abingdon, Virginia; one uncle, Mack Collins; and several nieces and nephews. Following the COVID-19 restrictions set forth by the Governor of Virginia on face-covering requirements and social distancing, Funeral Services for Jessie Alvin “Red” Collins will be conducted at 7:00 p.m. Thursday, April 22, 2021, in Castlewood Funeral Home Chapel in Castlewood, Virginia with Pastor Lawrence Hollyfield and Rev. Howard Edwards officiating. Committal Service and Interment will be conducted at 11:00 a.m. Friday, April 23, 2021, in Temple Hill Memorial Park in Castlewood, Virginia. Family and friends will meet at the funeral home and go in procession to the cemetery leaving at 10:30 a.m. Friday. Pallbearers will be family and friends. The family will receive friends from 5:00 p.m. until 7:00 p.m. Thursday, April 22, 2021, in Castlewood Funeral Home in Castlewood, Virginia. A radio broadcast of the service will be available on the Castlewood Funeral Home parking lot on radio station 88.9 FM during the service for those who would like to remain in your vehicle. Online condolences may be sent to the Collins family through our website at www.castlewoodfuneralhome.com. Castlewood Funeral Home is in charge of the arrangements.

The family of Jessie Alvin "Red" Collins created this Life Tributes page to make it easy to share your memories.

Send flowers to the Collins family.