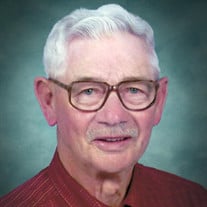 CASTLEWOOD, VIRGINIA – John C. Salyer, 95, went home to be with the Lord on Tuesday, February 15, 2022, in Abingdon, Virginia. He was born in Russell County, Virginia; son of the late Marion and Eliza Osborne Salyer. He was preceded in death by one sister, Hazel Jones; three brothers, Amos Salyer, Raymond Salyer, and Howard Salyer; and two half-brothers, Willard Salyer and Troy Burton. John, or Jay as most knew him, was a veteran of the United States Army serving in WWII. After his service, he became a coal miner and worked at Clinchfield Coal Company until he retired. Most importantly, he was a faithful Christian and was a member of Ring’s Chapel Baptist Church in Castlewood, Virginia. Jay and his wife, Katherine always grew the biggest and prettiest garden in the holler, in which they often shared their homegrown vegetables with their neighbors. You could always count him sitting at his garage or on his back porch whittling on a piece of cedar waving at everyone that would go by, when you came in or out of the holler. He will be dearly missed by his family, friends, and his neighbors in the holler. He is survived by his wife and sweetheart of seventy-four years, Mary Katherine Salyer; one daughter, Wilma Jane Salyer Osborne and husband, Bobby L. of Castlewood, Virginia; one son, Jerry H. Salyer and wife, Teresa Ann of Castlewood, Virginia; two half-sisters, Dora Helton of Castlewood, Virginia and Martha Johnson of Abingdon, Virginia; one half-brother, Brian Burton of Johnson City, Tennessee; four grandchildren; five great-grandchildren; and several nieces and nephews. Graveside Services for John C. Salyer will be conducted at 1:00 p.m., Friday, February 18, 2022, in the Chapel of Love Mausoleum - Temple Hill Memorial Park, Castlewood, Virginia with Rev. Jim Pratt and Rev. George Jessee officiating. Interment will follow in Temple Hill Memorial Park, Castlewood, Virginia. Military Rites will be conducted by the Virginia National Guard, the American Legion Post#265 of Gate City, Virginia, and Post #3 of Kingsport, Tennessee. Pallbearers will be Donnie Salyer, Brice Ring, Eylie Ring, Dwayne Dingus, Justin Salyer, and David Henry. Due to COVID-19, the family requests those attending the Visitation and Services to wear a mask and practice social distancing. The family will receive friends from 11:30 a.m. until 12:30 p.m., Friday, February 18, 2022, in Castlewood Funeral Home, Castlewood, Virginia. Family and friends will go in procession to the mausoleum leaving at 12:30 p.m., Friday. Online condolences may be sent to the Salyer family through our website at www.castlewoodfuneralhome.com. Castlewood Funeral Home is in charge of arrangements.

CASTLEWOOD, VIRGINIA &#8211; John C. Salyer, 95, went home to be with the Lord on Tuesday, February 15, 2022, in Abingdon, Virginia. He was born in Russell County, Virginia; son of the late Marion and Eliza Osborne Salyer. He was preceded... View Obituary & Service Information

The family of John C. Salyer created this Life Tributes page to make it easy to share your memories.

Send flowers to the Salyer family.