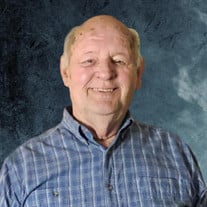 GLADE SPRINGS, VIRGINIA – Larry L. Counts, 72, went to be with the Lord on Tuesday, March 2, 2021, at Bristol Regional Medical Center in Bristol, Tennessee, from complications of COVID-19, surrounded by his family. He was born on March 13, 1948, in Dickenson County, Virginia; son of the late Jesse Vernon and Pricy Lambert Counts. He graduated from Haysi High School. After graduating, he joined the United States Marine Corp. After his service, he began his career with the United States Postal Service in Merrifield, Virginia. He later transferred to Detroit, Michigan, and then to Cincinnati, Ohio so he could make frequent trips to see his favorite team, the Cincinnati Reds. Finally, he transferred to Bristol, Virginia/Tennessee to be closer to his family. It was there where he retired. Throughout his career with the United States Postal Service, he made numerous lifelong friends. Larry always put family first and was very fond of his niece and his great-nieces. He had a little saying “I love my nieces to pieces”. He enjoyed attending their sports games and cheering for them. Every person who knew Larry would say he was a kind, humble, and generous man. He touched many lives and gave us an example of how to be a better person. He will be truly missed by many. He is survived by two sisters, Theda J. McGraw and husband, Karl of Abingdon, Virginia and Tammy Musick and husband, Bryan of Castlewood, Virginia; one brother, Jesse A. Counts of Dante, Virginia; one niece, Lisa and Jim Perrigan of Glade Springs, Virginia; three great-nieces, Hannah DeBarge, Brianna Perrigan, and Adrianna Perrigan; and two special friends, Bill Collins and Cecil Fuller. Following the COVID-19 restrictions set forth by the Governor of Virginia on face-covering requirements and social distancing, Funeral Services for Larry L. Counts will be conducted at 2:00 p.m., Saturday, March 6, 2021, at Castlewood Funeral Home Chapel in Castlewood, Virginia with Rev. Darrell Milgrim officiating. Interment will follow in Temple Hill Memorial Park in Castlewood, Virginia. Pallbearers will be Bryan Musick, Tyler Delp, James Duty, Michael Kiser, Kirk Ball, and Mike Stanley. Honorary Pallbearers will be Dr. Simon Pennings, Nurse Ellen, Bill Collins, Cecil Fuller, Jerry Owens, Colby Ball, John Barnes, Karl McGraw, and Jim Perrigan. The family will receive friends from 1:00 p.m. until 2:00 p.m. in Castlewood Funeral Home in Castlewood, Virginia. Online condolences may be sent to the Counts family through our website and a video tribute and funeral service may be viewed at www.castlewoodfuneralhome.com. Castlewood Funeral Home is in charge of the arrangements.

GLADE SPRINGS, VIRGINIA &#8211; Larry L. Counts, 72, went to be with the Lord on Tuesday, March 2, 2021, at Bristol Regional Medical Center in Bristol, Tennessee, from complications of COVID-19, surrounded by his family. He was born on March... View Obituary & Service Information

The family of Larry L. Counts created this Life Tributes page to make it easy to share your memories.

Send flowers to the Counts family.