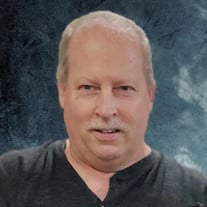 ABINGDON, VIRGINIA – Michael Lynn Couch, 58, passed away suddenly on Saturday, November 13, 2021, in Abingdon, Virginia. Michael was born June 15, 1963, in Norton, Virginia. He was a 1981 graduate of Castlewood High School where he played football and wrestled. Mike completed his bachelor’s degree at Clinch Valley College in Wise. Mike worked tirelessly for the postal service as a mail carrier for nearly 30 years. He was a member of Highlands Fellowship Church near his home, where he served faithfully using his cooking talents to prepare meals for the masses. Michael is survived by his loving wife of over 34 years, Kimberly; in-laws, Fred and Yvonne Yorke of Castlewood; sister-in-law, Paula Banner and husband, Chuck of Castlewood; his two nieces Jordan Summers and husband Eric, of Castlewood and Taylor Banner of Charlotte, North Carolina. Michael was preceded in death by his grandparents Cosker C. and Audrey Sexson Couch of Castlewood and late George Vance and Nell McGoldrick and Tillman G. and Elizabeth Yelton Vance of St. Paul; his father, Charlie Douglas Couch; his mother, Georgia Ann Couch; and brother, Richard Douglas Couch, Castlewood; two aunts, Lois Jessee of Lebanon, Virginia and Jean Ward of Chester, Virginia; four cousins Tubby Jessee, Teresa Willis, Steve Ward, and Larry “Randy” Ward. Michael loved spending time with his family and friends. He enjoyed hunting, fishing, reading, and spending time at the beach. He was always there when someone needed him. Mike will be honored with a beach-side Celebration of Life at a later date, held privately by his family and friends at his favorite resting place, Oak Island. Online condolences may be sent to the Couch family through our website at www.castlewoodfuneralhome.com. Castlewood Funeral Home is in charge of arrangements.

ABINGDON, VIRGINIA &#8211; Michael Lynn Couch, 58, passed away suddenly on Saturday, November 13, 2021, in Abingdon, Virginia. Michael was born June 15, 1963, in Norton, Virginia. He was a 1981 graduate of Castlewood High School where he played... View Obituary & Service Information

The family of Michael Lynn Couch created this Life Tributes page to make it easy to share your memories.

Send flowers to the Couch family.