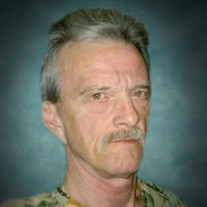 ST. PAUL, VIRGINIA - Michael Wayne Helbert, 61, passed away Sunday, May 30, 2021, at Kissito Healthcare &#8211; Maple Grove in Lebanon, Virginia, after a short battle with cancer. He was preceded in death by his father, Fred G. Helbert; his... View Obituary & Service Information

The family of Michael Wayne Helbert created this Life Tributes page to make it easy to share your memories.

Send flowers to the Helbert family.