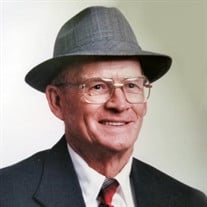 CASTLEWOOD, VIRGINIA – Nathan Meade, 91, peacefully left this world on Monday, August 31, 2020 (his 91st birthday) to go be with his Savior, Jesus Christ, in his new body. He was at his home in Castlewood, Virginia when he left, which was where he wanted to be when his time came to go. He is now reunited with his beloved wife of 75 years, who passed away just over a month ago on July 11, 2020. He was born in Castlewood, Virginia on August 31, 1929. He was preceded in death by his beautiful wife, Mary Magdalene Meade; one daughter, Mary Catherine Meade; his parents, Emmett and Lou Vergie Meade; two sisters, Alleene Brooks, and Gladys Harvey; and three brothers, Walter Meade, Charlie Meade, and Robert Meade. He is survived by one son, Ronnie Wayne Meade and wife, Gloria of Castlewood, Virginia; one daughter, Karen Jane Chafin of St. Paul, Virginia; four grandchildren, Jonathan Meade, Amelia Johnson and husband, Marcus, Amy Mullins (who was his primary caregiver) and husband, Tony, and Jennifer Cumbee and husband, Chris; nine great-grandchildren, Gabriel Johnson, Jeremiah Johnson, Aubrey Johnson, Autumn Layton, Andrea Layton, Ashley Layton, Sierra Hayes, Samantha Hayes, and Savana Hayes; four great-great-grandchildren, Aurora Kiser, Ezekiel Kiser, Xavier Kiser, and Landon Lawrence; three sisters, Gay Hartsock, Lou Veda Jessee, and Shirley Bates; several nieces and nephews and two dear special friends, Bennie and Glenda Lane. Nathan was a life-long farmer in the rolling hills of Russell County. He thrived on hard work, tending to cattle and growing crops. His wife, Mary Magdalene, worked alongside him on the farm as they raised their three children. He drove a Russell County school bus for 33 years in between his farm work. He told how back when he was a bus driver, you had to just push your way through the snow, they didn’t close school often. Foremost, Nathan was a devoted Christian who loved to share the gospel. At 90 years old, he could still tell you all the details about the day he was saved as a young man. He was a member of High Point Community Church where he often preached over the years and he taught the adult Sunday School class for many years, up until the time his eyesight got so bad he could no longer continue. He dearly loved his church family. Nathan was a wonderful father and grandfather. He was affectionately known to his grandchildren as “Papa” and “Pappy” and he loved it when they came to visit and enjoyed playing with them. Besides seeing his loving wife and other loved ones in Heaven, Nathan will be reunited with his sweet daughter, Mary Catherine, who passed away in April of last year (2019). Nathan was so loved and will be greatly missed by all his family that is still here. Following the COVID-19 restrictions set forth by the Governor of Virginia on face-covering requirements and social distancing, funeral services for Nathan Meade will be conducted at 7:00 p.m. Tuesday, September 1, 2020, in Castlewood Funeral Home Chapel in Castlewood, Virginia with Rev. Darrell Milgrim, Rev. Woody Scott, and Rev. Norman Mullins officiating. Committal Service and Interment will be conducted at 11:00 a.m., Wednesday, September 2, 2020, at Temple Hill Memorial Park in Castlewood, Virginia. Family and friends will meet at the funeral home and go in procession to the cemetery leaving at 10:30 a.m. Wednesday. Pallbearers will be Bennie Lane, Marcus Johnson, Eddie Meade, Gerald Grizzle, Tony Mullins, and William Collins. Honorary Pallbearers will be Marvin Austin, Larry Austin, David Statzer, Chad Austin, and Matthew Keith. The family will receive friends from 5:00 p.m. until 7:00 p.m. Tuesday, September 1, 2020, at Castlewood Funeral Home in Castlewood, Virginia following the same restrictions. A radio broadcast of the service will be available on the Castlewood Funeral Home parking lot on radio station 88.9 FM during the service for those who would like to remain in your vehicle. The family would like to give special thanks to the nurses from CARIS healthcare and Wanda Salyers who cared for both Nathan and Mary. Also to granddaughter Amy Mullins, who cared for both Nathan and Mary for many years with unwavering love and devotion. Online condolences may be sent to the Meade family through our website and a video tribute may be viewed at www.castlewoodfuneral home.com. Castlewood Funeral Home is in charge of the arrangements.

CASTLEWOOD, VIRGINIA &#8211; Nathan Meade, 91, peacefully left this world on Monday, August 31, 2020 (his 91st birthday) to go be with his Savior, Jesus Christ, in his new body. He was at his home in Castlewood, Virginia when he left, which... View Obituary & Service Information

The family of Nathan Meade created this Life Tributes page to make it easy to share your memories.