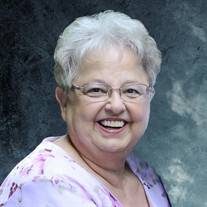 CASTLEWOOD, VIRGINIA – Oma Joyce Holbrook, 67, died Sunday, February 23, 2020, at her home. She was born in Dante, Virginia; daughter of the late Giles and Bessie Skeens. She was preceded in death by her infant son, Jesse O’Neal Holbrook; two brothers, Giles and Lee Skeens; and one sister, Ellen Moore; and her special dog, Duchess. She accepted the Lord into her life in 1985 and was baptized in the Holy Spirit in 1987. Through her faith, she realized her ministry was to be a caregiver and was able to touch countless lives. She was a missionette coordinator, women’s ministry president, and choir member. She was also a dedicated caregiver in her career as an LPN for over twenty-one years. She was the Administrator of Rose Lawn Assisted Living and also worked at The Laurels in Lebanon, Virginia. Of all the things she did, her ministry was the most important to her and she remained faithful until she was called home. She is survived by her devoted husband, Freddie G. Holbrook; one son, Freddie G. Holbrook II and wife, Susan of Castlewood, Virginia; grandchildren, Thomas, Emily, and Melanie Holbrook, Asher Miller and Jesse Skeens; two sisters, Lisa Skeens and Zella Dean, both of Castlewood, Virginia; one brother, Robert Skeens of Castlewood, Virginia; several nieces, nephews, and cousins; and her best friend of several years, Vickie Bundy. Funeral Services for Oma Joyce Holbrook will be conducted at 7:00 p.m. Monday, February 24, 2020, in Castlewood Funeral Home Chapel, Castlewood, Virginia with Rev. Woody Scott and Rev. Scott Million officiating. Committal Services will be conducted at 11:00 a.m. Tuesday, February 25, 2020, in Temple Hill Memorial Park in Castlewood, Virginia. Family and Friends will meet at the funeral home and go in procession to the cemetery leaving at 10:30 a.m. Tuesday. Pallbearers will be Freddie G. Holbrook II, Thomas Holbrook, Curtis Minton, George Jordan, A.C. Layne, and Eugene Collins. The family will receive friends from 5:00 p.m. until 7:00 p.m. Monday, February 24, 2020, in Castlewood Funeral Home, Castlewood, Virginia. In lieu of flowers, donations may be made to The Learning Center at Temple Hill, P.O. Box 133, Castlewood, Virginia 24224 or online at http://tlclions.org/. Online condolences may be sent to the Holbrook family through our website and a video tribute may be viewed at www.castlewoodfuneralhome.com. Castlewood Funeral Home is in charge of the arrangements.

CASTLEWOOD, VIRGINIA &#8211; Oma Joyce Holbrook, 67, died Sunday, February 23, 2020, at her home. She was born in Dante, Virginia; daughter of the late Giles and Bessie Skeens. She was preceded in death by her infant son, Jesse O&#8217;Neal... View Obituary & Service Information

The family of Oma Joyce Holbrook created this Life Tributes page to make it easy to share your memories.

Send flowers to the Holbrook family.