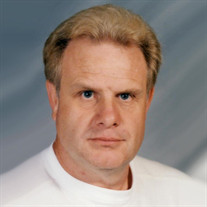 COEBURN, VIRGINIA - Ray Herndon, 73, died Saturday, August 29, 2020, at his home. He was born in West Dante, Virginia; son of the late Bascom and Ethel Williams Herndon. He was a Veteran of the United States Army, a retired school teacher, football coach, and school bus driver for Ervinton High School and Elementary School where he was beloved by his students and athletes. Ray also served his community on the Dickenson County Board of Supervisors representing the Kenady district and a member of the Selective Service Board for twenty-five years. He was an avid outdoorsman and sports enthusiast. His greatest joy came from helping others, which he did his entire life. He is survived by his wife of 53 years, Lola Herndon; one daughter, Kim Hofecker and husband, Mitch of Harrisonburg, Virginia; one son, Aubrey Herndon, and wife Mekayla of St. Paul, Virginia. He was very proud of his seven grandchildren; Tammy Sutton, Jennifer Burgess, Ashley Mawyer, Lori Wilson, Christi Hofecker, Brody Robinette, and Grace Hofecker and also ten great-grandchildren; seven sisters, Janice Kelly of Montgomery, Illinois, Geraldine Sirotek of Florida, Lorraine Bryan of Aurora, Illinois, Becky Herndon of Castlewood, Virginia, Barbara Rowe of Cortland, Illinois, Gladys Beavers of Abingdon, Virginia and Edith Gaynell Van Dorn of Fort Wayne, Indiana; three brothers, Clyde Herndon of Holgate, Ohio, John Herndon of Abingdon, Virginia and James Herndon of Oswego, Illinois; and several nieces and nephews. Following the COVID-19 restrictions set forth by the Governor of Virginia on face-covering requirements and social distancing, Funeral Services for Ray Herndon will be conducted at 11:00 a.m., Thursday, September 3, 2020, in Castlewood Funeral Home Chapel in Castlewood, Virginia with Rev. Curtis Bond officiating. Interment will follow in Temple Hill Memorial Park in Castlewood, Virginia. Pallbearers will be Aubrey Herndon, Brody Robinette, Ricky Turner, David Cooper, Clay Carty, and Junior King. The family will receive friends from 5:00 p.m. until 8:00 p.m., Wednesday, September 2, 2020, in Castlewood Funeral Home in Castlewood, Virginia following the same regulations. A radio broadcast of the service will be available on the Castlewood Funeral Home parking lot on radio station 88.9 FM during the service for those who would like to remain in your vehicle. Online condolences may be sent to the Herndon family through our website and a video tribute may be viewed at www.castelwoodfuneralhome.com. Castlewood Funeral Home is in charge of the arrangements.

COEBURN, VIRGINIA - Ray Herndon, 73, died Saturday, August 29, 2020, at his home. He was born in West Dante, Virginia; son of the late Bascom and Ethel Williams Herndon. He was a Veteran of the United States Army, a retired school teacher,... View Obituary & Service Information

The family of Ray Herndon created this Life Tributes page to make it easy to share your memories.

Send flowers to the Herndon family.