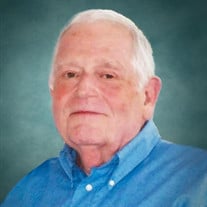 CASTLEWOOD, VIRGINIA – Richard Andrew Hall, 75, passed away on Sunday, June 20, 2021, at Bristol Regional Medical Center in Bristol, Tennessee. He was born in Dickenson County, Virginia; son of the late Andy and Lucille Overstreet Hall. He was preceded in death by his special granddaughter, Zoe Alexis Hall; two sisters, Kathy Slagle and Pat Bullard; and one brother, Allen Hall. Richard was a member of Lebanon Church of Christ in Lebanon, Virginia. He was a big fan of the Cincinnati Reds baseball team and The Dallas Cowboys football team. He is survived by his wife, Doris Minton Hall; one son, Andrew Hall and wife, Jessica of Abingdon, Virginia; one brother, John Hall of Richmond, Virginia; three grandchildren, Aiden Hall, Quinlan Hall, and Sophie Grace Hall; one brother-in-law, Jerry Bullard of Johnson City, Tennessee; and several cousins, nieces, and nephews. Funeral Services for Richard Andrew Hall will be conducted at 2:00 p.m. Tuesday, June 22, 2021, in Castlewood Funeral Home Chapel in Castlewood, Virginia with Minister Keith Hovis and Ron Epling officiating. Entombment will follow in the Chapel of Love Mausoleum in Temple Hill Memorial Park in Castlewood, Virginia. Pallbearers will be Ron Epling, Skip Ramsey, David Franklin, Roger Davis, Jerry Bullard, and Jim Mullins. Honorary Pallbearers will be Freddie Wallace, Bill Hubbard, and the men of Lebanon Church of Christ. The family will receive friends from 1:00 p.m. until 2:00 p.m. Tuesday, June 22, 2021, in Castlewood Funeral Home in Castlewood, Virginia. In lieu of flowers, donations may be made to a charity of your choice. Online condolences may be sent to the Hall family through our website and the funeral service may be viewed at www.castlewoodfuneralhome.com. Castlewood Funeral Home is in charge of the arrangements.

The family of Richard Andrew Hall created this Life Tributes page to make it easy to share your memories.

Send flowers to the Hall family.