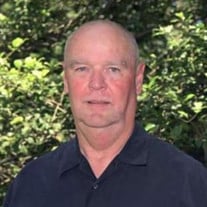 ST. PAUL, VIRGINIA – Richard “RL” Austin, Jr., 69, passed away on Tuesday, January 5, 2021, at his home. He was born in Lebanon, Virginia; son of the late Richard Leo Sr. and Martha Brown Austin. He was preceded in death by one sister, Colleen Austin Minton. Richard was a Sargent at Red Onion State Prison in Wise County, Virginia. He attended Phillips Chapel Church in West Dante, Virginia. Some of his hobbies were riding side by side on the trails, fishing, working on and restoring cars, and he loved to spend time with his family. He is survived by his wife, Connie Kilgore Austin; one daughter, Kristy Austin of Gate City, Virginia; one son, Mike Austin of Dungannon, Virginia; three grandchildren, Sydnee Jessee, Dylan Austin, and Alexis Austin; three sisters, Darlene Holbrook and husband, Ronnie of St. Paul, Virginia, Donna Austin of St. Paul, Virginia, and Connie Michelle Austin of Dante, Virginia; several nieces and nephews; and his pets, Rocky, Chase, Bandit, Eleanor, and Lulu. Following the COVID-19 restrictions set forth by the Governor of Virginia on face-covering requirements and social distancing, Funeral Services for Richard “RL” Austin, Jr. will be conducted at 2:00 p.m., Friday, January 8, 2021, at Castlewood Funeral Home Chapel in Castlewood, Virginia with Rev. Harmon D. Kilgore and Rev. Randy Noonchester officiating. Interment will follow in Temple Hill Memorial Park in Castlewood, Virginia. Pallbearers will be Dylan Austin, Tom Kilgore, Neal Kilgore, Grant Kilgore, John Minton, Konner Kilgore, Clinton Kilgore, and Jeremy Kilgore. Honorary Pallbearers will be Josh Minton, Richard Minton, Everett Minton, Kevin Salyers, Jeff Salyers, Ronnie Holbrook, and the Staff of Red Onion State Prison. The family will receive friends from 12:00 p.m. until 2:00 p.m. January 8, 2021, in Castlewood Funeral Home in Castlewood, Virginia. A radio broadcast of the service will be available on the Castlewood Funeral Home parking lot on radio station 88.9 FM during the service for those who would like to remain in your vehicle. Online condolences may be sent to the Austin family through our website and a video tribute and funeral service may be viewed at www.castlewoodfuneralhome.com. Castlewood Funeral Home is in charge of the arrangements.

The family of Richard "RL" Austin Jr. created this Life Tributes page to make it easy to share your memories.