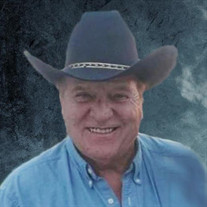 ST. PAUL, VIRGINIA – Sidney Vicars, 86, finished his race on Thursday, May 5, 2022. He was born in Hamlin, Virginia; son of the late Orbin and Viola Vicars. He was preceded in death by his son, Sidney Vicars, Jr.; three brothers, David, Lowell, and Buford Vicars; his twin sister, Sylvia; and a very special little dog named Lulu. Sidney loved all types of motorsports. If it had an engine, he wanted to have his hands on it to make it faster. He was an avid drag racer back in the day. He was well known for his competitive spirit when it came to racing, but always willing to lend a hand to help other racers who were in need, but his heart was to win. During his life, it was not uncommon to find him at the motocross track, a NASCAR race, and recently cheering on his granddaughter and great-grandson at the dragstrip. Sidney was a kindhearted man who believed everyone deserved a second chance. He understood that God has granted him that opportunity in life and felt it his purpose to share that with all he came in contact with. “Trust God, put your faith in Him, and it will be ok” you would often hear him say to someone who was struggling. Sidney was a loving husband, father, papaw, and a friend to many because he never met a stranger. He is survived by his wife of sixty-seven years, Janie Phillips Vicars; two sons, Russell Scott Vicars and Stacy Vicars, both of Castlewood, Virginia; one daughter, Melissa Million and husband, Scott of Castlewood, Virginia; two grandchildren, Scotty Million and Emily Million, both of Castlewood, Virginia; one great-grandson, Toby Million of Castlewood, Virginia; one sister, Lois Acree and husband, Calvin of Richmond, Virginia; and several nieces and nephews. Graveside Services and Interment for Sidney Vicars will be conducted at 2:00 p.m., Monday, May 9, 2022, at Temple Hill Memorial Park, Castlewood, Virginia with Rev. Scott Million officiating. Family and friends will meet at the funeral home and go in procession to the cemetery leaving at 1:30 p.m., Monday. Pallbearers will be Scotty Million, Scott Fields, Allen Hess, E.W. Hall, Steve Marshall, and Bobby Kiser. The family would like to give special thank you to the crew of the Dante Rescue Squad. Online condolences may be sent to the Vicars family through our website and a video tribute may be viewed at www.castlewoodfuneralhome.com. Castlewood Funeral Home is in charge of arrangements.

ST. PAUL, VIRGINIA &#8211; Sidney Vicars, 86, finished his race on Thursday, May 5, 2022. He was born in Hamlin, Virginia; son of the late Orbin and Viola Vicars. He was preceded in death by his son, Sidney Vicars, Jr.; three brothers, David,... View Obituary & Service Information

The family of Sidney Vicars created this Life Tributes page to make it easy to share your memories.

Send flowers to the Vicars family.